Where We Went Wrong

But my real point has to do with where we have gone with computer education in the United States. 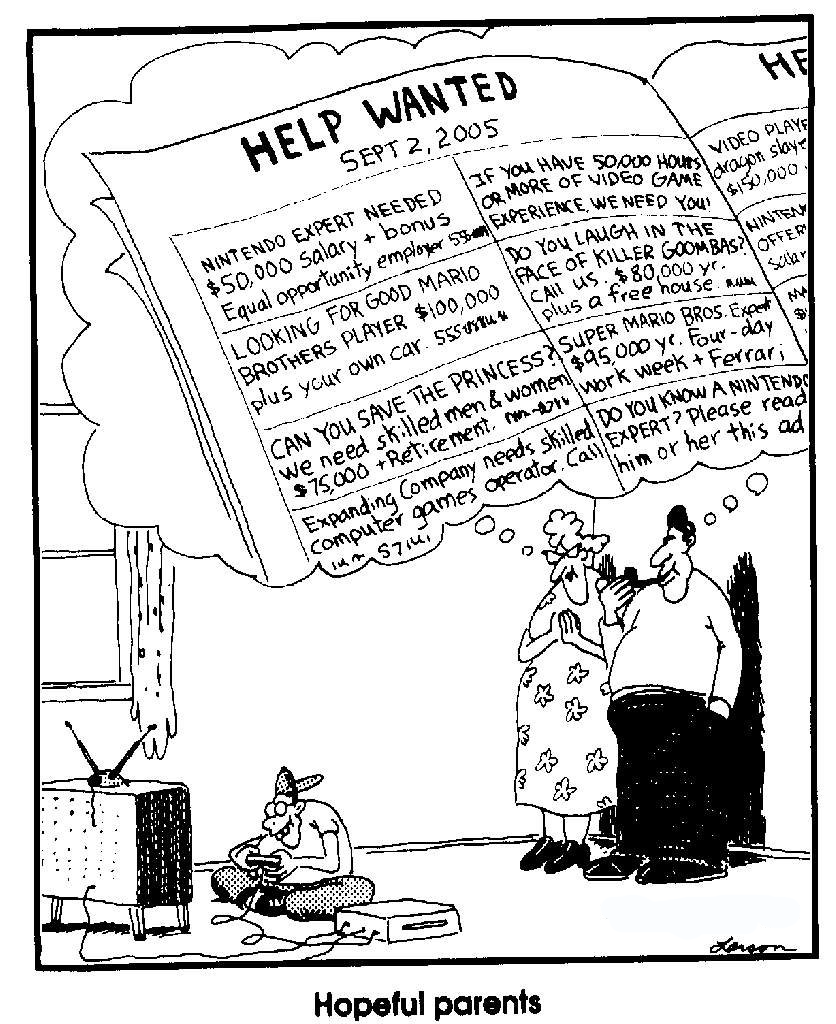 Look at the date on that. Look at it.

You probably understand why looking at it, I feel a little bit like this:

Because the fact is that you can now make a living working with video games, either playing them, designing them, or selling them. (I know a kid who made $6,000 his junior year in high school selling used video games on eBay. He quit when he had too much homework to do.)

Back to the William Shatner video…

He has a great line in it…

Unlike games, it has a real computer keyboard.

With a Commodore Vic-20, the whole family can learn computing at home.

The point he is making on behalf of the Commodore corporation is that look, video games may be fun, but computers are here to stay, and it’s all about “computing” skills, not just playing games. Our future is in computing.

But then at the end, he gives in…

The graphics on those games are primitive at best, and if you’ve never played anything below a PlayStation 2, you have every right to regard them as primitive. But they required a level of imagination that young gamers simply don’t have today. If it’s not right there in front of them in all its 1080p 3d glory, they not only don’t see it, they can’t see it. They lack that skill.

But this is not about the resolution of video games. Rather, this is about how we regard technology.

It’s all too easy for us to miss the mark just because we don’t like something or don’t understand it. And because our parents thought games were silly distractions, they underestimated how much of an economic powerhouse they would become. Don’t dismiss a technology just because you don’t like it or don’t understand it. Play around with it, try to understand it, try to see what purpose it is meant to serve. Only then can you dismiss it.

A General Theory of Backups »

« In Search of a new Anti-Spam Plugin